What Is the Average Car Accident Settlement Amount? What Is the Average Car Accident Settlement Amount?

After a car accident, an accident victim has three options: they can pursue damages from their insurance provider and the at-fault party’s insurance provider, they can choose to skip settlement negotiations and bring a lawsuit right away, or they can do nothing. Rarely is the last option chosen, which means often after a car accident, an accident victim has to choose between whether they want to settle out of court or go all the way and file a lawsuit against the at-fault party. One of the main things an accident victim must consider is how much money they can yield through a settlement, and this is the main subject this blog focuses on.

What Is a Car Accident Settlement?

A car accident settlement is essentially an agreement between involved parties’ and their insurance companies, one that ensures no further action will be brought regarding the accident provided a certain amount of money is paid. Settlements are incredibly common in US civil courts, and they’re preferred for a variety of reasons. The legal system actually encourages settlements because they save time and reduce the administrative costs associated with filing a lawsuit.

Once you accept a settlement figure, you have to sign an agreement that says you won’t bring further action, and then your payment will be released. A fair settlement is a win-win for both parties, but sometimes reaching a fair settlement can be tough. So what determines the value of a settlement? Let’s look!

What Determines How Much a Settlement Is?

Economic damages are usually associated with fixed costs, while general damages are typically awarded for injuries that are harder to quantify. Knowing the extent of injuries and property damage will help you determine an accurate settlement figure. But if you don’t know how to fully assess damage and injuries, you should get a car accident lawyer’s help.

What Are Common Car Accident Injuries?

Following a car accident, you may be injured in a variety of ways. The extent of injuries largely depends on how severe the accident was. That being said, major car accidents aren’t the only accidents that lead to major injuries. A simple fender bender may cause you to hit your head so hard that you suffer a traumatic brain injury (TBI). Here are some of the injuries that are commonly associated with car accidents:

The kinds of injuries you have will determine how much you receive in a settlement. Minor injuries that heal up in a couple months will require less compensation than lifelong injuries like TBI and dismemberment.

How Much Are Car Accident Settlements Generally?

The reason why motorcycle accidents tend to yield more is because injuries associated with these are often more significant. Just because the average settlement amount is $40,000 doesn’t mean you can’t demand more. For example, there are instances where an at-fault party’s negligence is so egregious, it may even be possible to recover punitive damages from them.

Is Accepting a Settlement Right Away a Good Move?

Accepting a settlement right away is not a good move for a variety of reasons. Usually an insurance provider will try to offer a low-ball settlement to get things concluded quickly; doing so not only saves time but a lot of money too. If you have a car accident lawyer negotiating on your behalf, they will refuse to accept a low settlement (unless you press them to do so). Why accept a $10,000 settlement when you can yield over $40,000 with a bit of negotiating? After all, once you accept a settlement, you can’t bring a lawsuit for the accident ever again.

How Will a Car Accident Lawyer Negotiate a Settlement Amount?

A car accident lawyer will take full account of injuries and damages and then calculate a total damages figure based on these. But they will seek more than this so if they have to negotiate, they negotiate down to a price that is still acceptable to you. If you have an experienced and skilled car accident lawyer on your side, you’ll be able to stand toe to toe with the insurance company and not be bullied by their tactics. And if your lawyer deems that getting a fair settlement is not likely, they’ll file a lawsuit so a jury can make a final decision.

How Does a Car Accident Lawyer Get Paid?

Most car accident lawyers work on what’s known as contingency. That is, a car accident lawyer will take between 30% and 40% of an award, but only if you win. Laws and regulations govern how much a lawyer can take as an award, but generally they take a higher percentage if a lot of work was involved and a lower percentage if minimal work was required.

Are a Car Accident Lawyer’s Services Worth It?

Hiring a car accident lawyer is worth it for a variety of reasons. Mainly, they’ll handle the fundamental legal processes so you can show up at negotiating table with a solid case and achieve a fair settlement. And they’ll make sure you don’t preclude yourself from receiving compensation by saying something incorrect to the insurance company.

Finding a highly skilled, qualified lawyer used to be tough, but no more. We’ve simplified the process. Call 1-800-HURT-511 and we’ll connect you with multilingual, experienced lawyers who’ve secured over $1 billion for their clients. You only pay if you win. They know how to win cases like the one you want to bring. 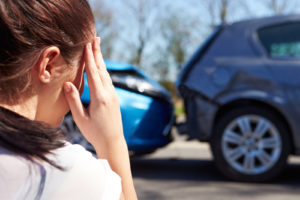 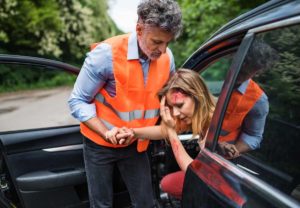