Following a car accident, you only have so much time to file a suit for compensation. In New York, generally individuals are given three years to file a suit, though there are several instances where a claim needs to be filed sooner. These exceptions to the three-year rule will be the focus of this blog.

Is Suing Right Away Necessary Following a Car Accident?

Even though you’re given three years to file a car accident lawsuit in New York, you should get this taken care of right away, as evidence and eye-witness testimony depreciate over time. However, you should not rush your recovery just to get the process started, as doing so may exacerbate injuries and cause recovery to take longer. You should get in touch with a car accident lawyer, as they’ll get the process started for you, even if you’re in the hospital. But what about the times when you don’t have much time to file? Let’s get into these now.

When Do Other Statutes of Limitations Apply Following an Accident?

Say you get into an accident with somebody who’s under the age of 18. They will have up until three years after their 18th birthday to file a lawsuit. The reason why they’re afforded more time is because identifying lasting injuries on somebody young can be difficult, and also because they cannot legally take action on their own until they’re 18.

Involved Party Is of Unsound Mind

If you hit somebody who is of unsound mind, you may have to wait until they regain mental competence to file a claim. A professional psychiatrist will have to deem they’re mentally competent and therefore able to face a lawsuit. In the instance where the person you hit is not likely to gain mental soundness any time soon, the person’s legal guardian or caretaker will have to represent their interests (if a lawyer isn’t already doing so). This exception is in place so individuals have the ability to make important legal decisions with a sound mind.

If you don’t have enough time to file a lawsuit before the other party leaves the state, the time they spend out of the state will not count against you. In other words, if after six months of waiting the soon-to-be defendant goes away for six months, when they come back you’ll still have 2 1/2 years to file a claim.

If you get into an accident with somebody who’s working on behalf of a government entity, you’ll need to file a notice of claim within 90 days of the accident transpiring, and you’ll need to file this claim with the appropriate agency. If you fail to do this on time, you won’t be able to seek damages. It can get complicated if you’re in the hospital and you’re unable to do this on your own. This is one reason why hiring an attorney is a good move. They’ll get the process in motion while you focus on the initial stages of recovery, which are critical.

What Happens When You Try to File Beyond the Statute of Limitations?

It was mentioned above that evidence and eye-witness testimony can both lose value as time goes on, and illustrating some specific scenarios that can happen is worthwhile here.

For example, a witness may have a clear recollection of what happened immediately after the accident transpired, but as time goes on, their memory becomes foggy and they don’t quite remember what they saw. If this testimony was something your case was relying on, this will be a significant setback. Similarly, if video evidence can prove the other driver ran a red light and T-boned you while you were in the intersection, and this video is thrown out, you won’t be able to use it. So many things can go wrong when it comes to eye-witness testimony and evidence, which is but one reason why it’s best to get a lawsuit filed as soon as possible.

Will a Car Accident Lawyer Make Sure You File a Lawsuit on Time?

Hiring a car accident lawyer following a car accident is the right move for a variety of reasons. One of these reasons is that they’ll make sure you file the suit within the applicable statute of limitations. And if you reach out to a lawyer after the time you had has passed, they’ll tell you this during the initial consultation.

A personal injury lawyer can also provide a range of other benefits following a car accident. Mainly, they can take care of the nitty-gritty while you focus on recovery, and they’ll negotiate with involved parties’ insurance companies on your behalf so you don’t say anything wrong or get coerced into accepting a low-ball offer. Moreover, they’ll conduct evidence gathering so you’re able to bring the strongest case possible. Their speed and attention to detail will be crucial throughout settlement negotiations and litigation later on (should things end up in court).

For awhile, it was hard to find highly skilled and experienced car accident lawyers, but no more. We’ve simplified the process. Call 1-800-HURT-511 and we’ll connect you with highly qualified, multilingual lawyers who’re experienced in bringing the kind of case you’re looking to bring. Only pay if you win. 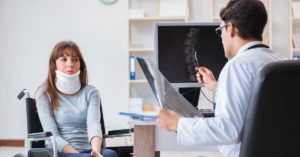 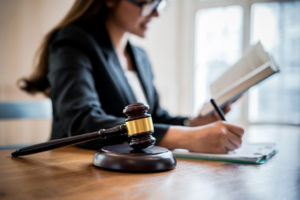